Everything you need to know - Benelli Leoncino 500

What is a Scrambler? A street bike with certain off-road or multi-terrain potential is essentially a Scrambler. The word Scrambler actually has its roots back in the 1920s, an era when British rides used to race on multi-terrains. However, the Scramblers gained popularity back in the 1950-1960 period in the United States. And now, a Scrambler is a bike that is certainly a mix of modernity with an old school charm.

What we have here today is the Benelli Leoncino 500, the first Scrambler from the Italian automaker that has been designed to suffice the old school retro audience in India. The first Leoncino rolled off production in 1951, and it’s a name associated with Benelli ever since. That said, Leoncino essentially translates to Lion’s Club in Italian. So, is the Leoncino really the perfect example of a modern Scrambler with an old school charm? Here’s a quick look from our Benelli Leoncino 500 review. 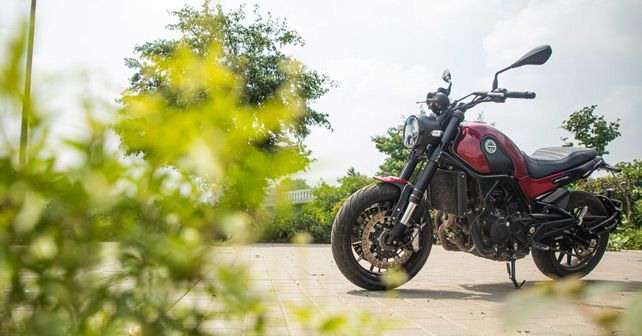 A rather pleasing Lion!

Amidst the neo-retro design is a bike that was showcased four years back at the EICMA show in 2015. So, while it just went on sale in India, the Benelli Leoncino 500 isn’t exactly a new bike. Meanwhile, we have had the Leoncino 500 – since it was showcased – in our Upcoming Bikes section for the longest time.

However, despite the age, the Benelli looks as fresh as a daisy. The styling is well-proportioned and the overall stance lends a sporty appeal to this motorcycle. Just like every other neo-retro offering, the Leoncino too has a very compact and sophisticated look. Even the Leoncino moniker means the bike is really a special piece of craft for the Italian giant, as it harks back to the original Leoncino’s legacy.

So, carrying the neo-retro theme forward, the Leoncino 500 boasts some nifty touches like special metal plaques on the narrow fuel tank, all-LED lighting inside that very retro headlamp, fat tyres, wide handlebar, beefy front forks, and the ‘Lion of Pesaro’ motif on the front fender. The paint finish is really good, and the bike looks absolutely scintillating in this Red shade. 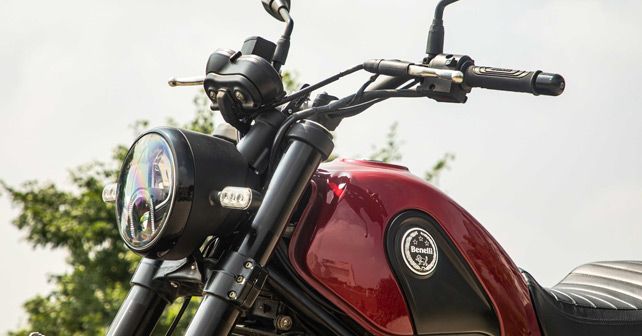 The Benelli Leoncino 500 is powered by the same 500cc parallel-twin liquid-cooled engine that propels in the TRK 502. On paper, this engine is capable of churning out 47bhp and 46Nm of torque. Now, the on-paper figures might sound conservative for a scrambler, however, the linear torque spread and the strong power delivery ensure the Leoncino 500 is not a slow motorcycle by any means.

The engine remains vibe free and extremely refined for the most part. And the linear torque spread ensures you can rev the engine all the way up to the 6,000rpm redline, without stressing out the engine. The throttle response is creamy, and the bike doesn’t jerk around even at lower speeds. The six-speed gearbox is nice and responsive, but the clutch action is a bit clunky at times. The engine also gets blistering hot in start-and-stop traffic. The engine growl is nice and throaty, inspiring a sense of sportiness from the bike.

Another aspect I loved about the bike is the fully-digital instrument cluster display. Now, it may seem difficult to operate under direct sunlight, but the plethora of features and the vast functionality is a boon for geeks. 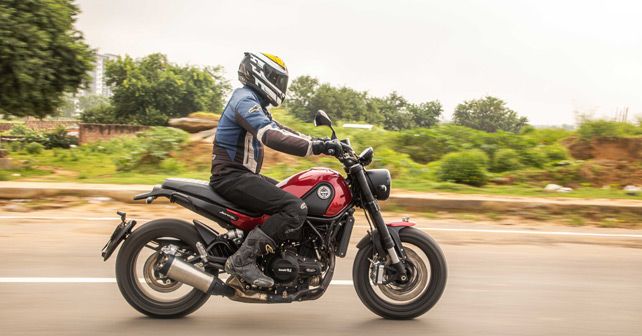 Now, the Benelli Leoncino might look like a Scrambler, but there’s no denying the Italian machine is a road-focused motorcycle rather than a multi-terrain monster. And it’s evident by the looks of the Leoncino. The alloy wheels, Pirelli Angel GT rubber, and the suspension setup point towards a road-biased motorcycle. The 50mm front fork and rear monoshock are set in a way to provide a stiffer ride, but in all honesty, it’s a little too firm. And this can get a bit bothersome on highways, as there is a considerable amount of vertical movement at higher speeds.

On the flip side, the firm suspension setup results in an impeccable handling experience from the Leoncino. Twirling this bike around corners, or even cutting through traffic is a rather seamless and enjoyable task. As for braking performance, the bite from 320mm dual discs at the front and a 260mm disc at the rear is spot on. The dual-channel ABS isn’t much intrusive, and perhaps can be turned off using a dedicated button.

Priced at Rs 4.79 lakh (ex-showroom, Delhi), the Benelli Leoncino 500 is perhaps the most affordable scrambler in the country. However, it’s really not an outright Scrambler and it’s certainly a more road-biased motorcycle. And then there is the bumpy and jarring ride quality that works as a determent to the whole experience. But these things aside, the Leoncino is a very capable motorcycle. It oozes modernity and perfectly amalgamates the old-school charm with the neo-retro design. And it’s bound to pry eyeballs while cruising on the road, the place it’s meant to be. To read our extensive Benelli Leoncino 500 review, be sure to tune in to autoX.