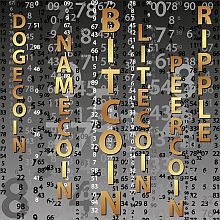 As explained by Xiangfu Liu, co-founder of bitcoin mining chip maker Canaan, there are few things more sacred in bitcoin than the idea that the strength of a blockchain is the computing power dedicated to securing its ledger. But while bitcoin's miners remain united in this daily pursuit, their opinions on a new scaling proposal seem decidedly mixed. Known as 'Segwit2x', the proposal, spearheaded by bitcoin investment conglomerate Digital Currency Group, aims to move forward with two changes to the bitcoin network: an optimization called Segregated Witness (SegWit) and an increase to the hardcoded parameter limiting the size of its transaction blocks.

Notable about the effort is its claim it draws support from more than 80% of bitcoin's computing power. Mining industry participants including Bitcoin.com, Bitfury, Bitmain, BTCC, F2Pool and ViaBTC all signed an agreement supporting the solution, alongside roughly 50 industry startups. Such participation has done much to lend validation to the effort. That's because, due to how the network functions, miners (along with nodes) must upgrade to any new software – a position some have argued makes them voters in a kind of electoral process. Still, their motivations and exceptions appear varied.

Notable was a palpable fatigue in answering questions about protocol changes at all, a sign of the years-long debate that's split the industry. Wang Chun, owner of F2Pool, a signatory on the proposal which accounts for more than 7% of bitcoin's hashing power, suggested he wasn't supporting it from a position of enthusiasm.

"I keep away from the debating parties and do my own things. Let them keep debating."

Others broke along typical partisan lines.

Haipo Yang, founder and CEO of mining pool ViaBTC, which represents roughly 4% of the bitcoin network's hash power, for example, was in favor of the proposal. Long a proponent of boosting the block size to 2MB via a hard fork, Yang went so far as to state the mechanism could force those who disagree off the blockchain. "[A split] is a good thing in my opinion," he said, citing philosophical disagreements with bitcoin developers (who have largely been critical of the proposal).

Jack Liao, CEO of LightningAsic, a maker of bitcoin ATMs, miners and wallet hardware, agreed, but from the opposite angle. He cited past issues with alternative implementations of the bitcoin software as evidence that Bitcoin Core, the network's largely volunteer group of developers, is the "only good team" that could help steer and navigate such changes.

Mixed feelings were also prevalent as bitcoin's startup community asserted itself in the technical conversation. Most past agreements, or attempts at agreements, have largely featured involvement from Bitcoin Core developers and China-based miners, as each group represents the largest bloc of constituents from the two parties most responsible for the network's daily functioning. But, Gadi Glikberg, owner of Connect BTC, a mining pool owned by hardware provider Bitmain, noted he believes startups play a key role as larger corporates have yet to become invested in the ecosystem.

"We don't have any real large enterprises yet. I think that in this example startups fill in that void and speak as an important actor in the ecosystem," he said. Others were open to the idea, but think this assertion creates a mixed context for discussion, because, from an academic perspective, it may not be clear which businesses are best suited for the use of a blockchain, a technology created by bitcoin and with little past precedent. "Philosophically, I'm not convinced bitcoin actually has a problem," said long-time bitcoin miner and GigaWatt founder Dave Carlson. "It just presents a problem for certain business models."

Carlson added, that as GigaWatt hosts miners on behalf of individuals who then elect mining pools, his firm believes in letting miners choose which solution to support. Others saw a similar conclusion putting pressure on the debate. "I think some companies can use the private blockchain for sure," Liu said. However, here he noted that the appeal of the hashing power securing the ledger makes the bitcoin blockchain quite valuable to startups.

Overall, though, remarks were positive about the deal, provided it could sidestep issues that have stymied by past disagreements. Of particular reference was the so-called 'Hong Kong Agreement', a meeting of developers and miners that also saw participation from 80% of bitcoin's mining power providers. That agreement called for the completion of SegWit and a hard fork in mid-2017, though it broke down as key deadlines were missed. "In China, there is always talk about the Hong Kong Agreement. So, as long as people follow the agreement, I think this is doable," Liu remarked.

Elsewhere, supporters noted that much is riding on the specific technology that will underlie the proposal and change the network rules. Currently, development is being overseen by bitcoin security startup BitGo, with help from other developers including Bloq co-founder Jeff Garzik. Startups including Bitcoin.com, Bitfury and Xapo have pledged technical assistance, though they have yet to provide details on what this would entail. Still, there was a sense that amid a booming market for cryptocurrencies, the ecosystem now has new resolve to make changes that boost both the perception of bitcoin and the scalability of its underlying technology.

"I think that the companies that committed to the agreement remain committed," Glikberg said, concluding:

"It is now time for the shared developer resources to come together and deliver the code that will get the ball rolling."