Elon Musk gets more done each day than any three random CEOs. Here's how he manages it

Last week, I pointed out that because Elon Musk can successfully run multiple businesses, he could run any one of those businesses working part-time. Because of this, mere mortals like you and me should be able to create and run a business without working long hours-- certainly not more than 40 hours a week.

As you can imagine, I got some pushback on that concept, probably because I neglected to point out specifically what Elon Musk does to manage his time better than your average insanely successful entrepreneur.

I've not worked with Musk personally or interviewed him but I watch him and his companies pretty closely. Here are some specific techniques that have emerged either from Musk's speeches or from his actions as reported in the news:

1. He doesn't bother with business plans.

In a recent appearance at SXSW, Musk explained that he's not a big fan of business plans. Instead, he works at the visionary level and leaves the operational details to others.

By contrast, most CEOs (including Steve Jobs, BTW) tend to get deeply involved in the business planning process, even to the point of micromanaging it.

The main point of a business plan is to get funding; after that, you're probably better off setting ambitious goals and improvising a way to get there (i.e., pivoting).

As I mentioned out in "Elon Musk Just Gave the World's Best Productivity Advice in a Single, Short Sentence," when Musk perceives that people are wasting his time, he cuts them off, even if it seems rude. To his way of thinking, what's truly rude is forcing him to listen to conversations that are neither interesting nor useful.

For example, when some analysts at a financial update meeting asked him some stupid questions, Musk just pointed out that the questions were "bonehead" and moved on. While he got flak for this, subsequent events have proved Musk right: The question were bonehead.

By refusing to suffer fools gladly (or otherwise), Musk probably frees up a dozen or more hours each week to do other, more useful things. As an additional bonus, he isn't forced to clutter up his mind with other people's irrelevant nonsense.

3. He immediately walks out on useless meetings.

Similarly, if a meeting wanders or is on a subject that's not immediately relevant, Musk simply gets up and leaves. More important, he also gives his staff and employees permission to do the same.

Since meetings are the biggest time wasters in business, Musk, by refusing to be part of a captive audience, probably frees up another dozen hours a week that he can spend on something useful or amusing.

Musk isn't afraid to contradict himself. As a result, he doesn't waste his time defending the indefensible.

For example, while Musk frequently touted that Model 3 factory as almost entirely automated, he didn't hesitate to publicly announce it when he swapped out some automation in favor of human labor.

Most CEOs would have quietly made the change and then tried to bury it to avoid some bad PR. This adds the time and mental burden inherent in any cover-up that could turn into a PR disaster.

It's much more time-effective to do what Musk does in such situations: Bite the bullet and then move on.

5. He decides rather than deliberates.

In my experience and observation, most CEOs--even entrepreneurs--tend to overthink and overanalyze before taking action.

By contrast, while Musk never appears to be acting out of ignorance, it's obvious from the pace of his decision-making that he prefers to decide to take action (with all its attendant risks) to talking a decision to death.

A perfect example of this was when he fired all the Tesla contractors who couldn't find a Tesla employee to vouch for them. Most CEOs would have tried to cut the contractors "with all due speed," taking months to do something that could apparently be accomplished in a single day. 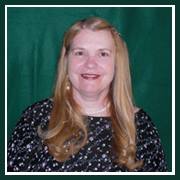