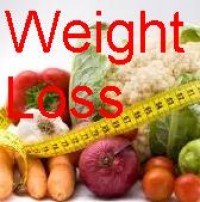 About 3 million Americans have type 1 diabetes, which is usually diagnosed in childhood or young adulthood. It's an autoimmune disease in which the body destroys its own ability to make insulin, which is needed to properly regulate blood sugar.

An article from WebMD, reported the finding from a study, which showed that light exercise after meals reduced blood sugar in people with Type 1 diabetes.

The researchers were surprised by their findings, because they found that after light exercise, people with Type 1 diabetes were able to reduce their sugar levels to the “normal” range.

So why is this important to people without diabetes? People with Type 1 diabetes, have lost the ability to produce insulin. Insulin is a hormone that you body produces after you eat. Insulin signals to your body to store excess sugar as fat. Since people with Type 1 diabetes do not make their own insulin, this study showed that it was the exercise that removed the excess sugar, not the insulin. Therefore, it suggests that if you can exercise even a little right after eating, you may reduce the sugar in your blood, which reduces the chance of it being stored as fat.

For the study, the researchers monitored 14 people without diabetes and seven people with type 1 diabetes over a four-day period at the Mayo Clinic in Rochester, Minn. 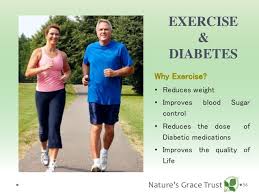 Participants were given three identical meals each day. After one meal each day, participants laid in bed for six hours. After the other meals, they engaged in physical activity. Overall, participants walked at a moderate pace for an average of 3 to 4 miles a day, "about the same as the average American," Kudva says.

The sugars in one meal a day were labeled with a safe tracing dye so the researchers could measure how much sugar from food went in and how much came out.

The findings were presented  at the annual meeting of the American Diabetes Association.