Tom Lee, recently said: “real FOMO probably starts when bitcoin exceeds $10,000.”While this seems true, there is still a lot who think they’ve been left behind.

In view of this, some cryptocurrency analysts believe that investors who feel left behind as a result of bitcoin price surge have a second chance with Ethereum (ETH).

“Missed out on $BTC? $ETH is giving you a second chance,” cryptoanalyst, Alunaut, co-founder of Gamified social trading terminal, Aluna Social mentioned in a tweetJune 26, 2019.

Alunaut seems not to be alone on this stance. Another popular crypto enthusiast and analyst, known by the name Bleeding Crypto summoned the attention of the crypto community to ETH’s performance over time.

Quoting Bleeding Crypto, he says: “Look at the historical screenshots and see for yourself that ETH has outperformed BTC in ROI year after year.” With this in mind, he opines that no one should blow another chance presented by ETH if they did with bitcoin. 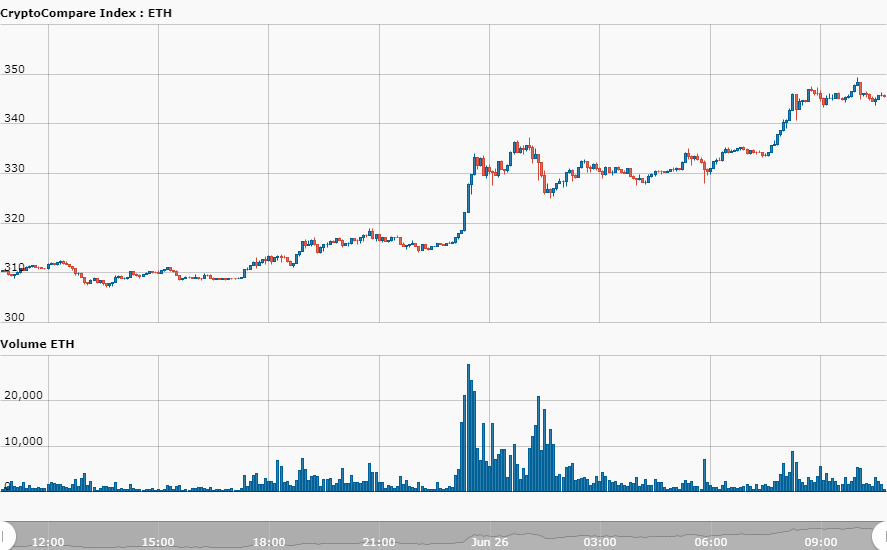 Analyzing the charts, one can see bitcoin is fast approaching its all-time high, leaving just about 40% room before the bears take over or a breakout of bitcoin’s price forming new highs. On the other hand, Ethereum, having an all-time high of $1,420 and presently trading at $345 gives ETH over 75% room.

The most valuable cryptocurrency, bitcoin seems to be charging its way toward its all-time high or even beyond.

Though some people are expecting a pullback, some analysts opined that there is nothing stopping bitcoin’s price at the moment and it’ll be totally wrong to “stand in front of a moving train.”

“$BTC: Weekly chart looks so good. People can talk pullback all they want, but not much is stopping bitcoin from ripping up to $13k+. After price passes $14,200 there isn’t a lot standing in the way to new all-time highs. I’m not going to try to stand in front of a moving train,” says popular crypto trader and investor, Josh Roger.

Ethereum seems to be charging alongside other top-ranked cryptocurrencies as the market sees green.

What's Your Thought On This?, Let Us Know In the Comment Section Below.