Looking For Alternatives in Social Media?

Looking For Alternatives in Social Media?

Facebook, Google, along with other Social Media Tech giants have been making headlines for all the wrong reasons, including selling our data to certain companies and organizations for profit and also censorship. Although some subjects, pages or groups are rightfully banned for community protection, there are a lot of hardworking individuals or entrepreneurs and genuine businesses getting caught up in this so-called policing. There also seems to be some bias as to what the monopolies will allow.

Then on the other side of the coin, we have marketing platforms out there that propose to bring you leads and traffic only to find they are run by bots, so in effect, there are no eyeballs on your product or service resulting in zero conversions, but the statistics look great! This does nothing for your online presence or bank balance.

The Times They Are A-Changin’

Let’s face it things have changed in the Social media and Marketing space from as recently as 2 years ago! Back then it was easy to throw up a link on facebook, get quite a bit of attention and make money. Marketing funnels are not what they used to be. Marketing on Social media is not what it used to be. A lot of people that have been somewhat successful are now failing as their systems and funnels just aren’t working anymore and are struggling.

There is a massive culling going on right now and it has been said, it’s not the strongest who survive, but the ones that are adaptable to change. People that are willing to change and be open to technology and new concepts will not be left behind. It is extremely important to be focused rather than diversified and it sure helps to have all the tools needed under one roof.

It’s all well and good to have a private profile on Social Media to enable you to communicate with friends and family,(which I might add, was the only purpose for it originally), but now it is more commonly used by Marketers and business owners. With Facebook having over 2 billion users on their platform at any given time, it’s advantageous for companies to advertise there. In fact, it’s become very intrusive! Just scrolling through the newsfeed you’ll inconveniently find targeted ads peppered throughout. Want to watch a cute dog video? Beware, the video will be interrupted by a 15-second advertisement that you cannot click out of if you want to resume watching till the end!

Things have definitely changed for Marketers, in fact, everyone who uses Social Media in general. The most poignant issue is one of freedom of speech and privacy. Given the unscrupulous events of the recent past, people feel invaded, intimidated and restricted. Many are looking for alternatives. A few years ago, there was none, but today is a very different story.

There are platforms now that have been built on the Blockchain meaning there are total transparency and privacy, accounts cannot be hacked nor data sold which creates a safe environment for the user. Essentially the power is given back to the people. Below are 3 platforms I have researched, each one having a different focus but all 3 are a typical social media interface, which everyone is familiar with over the past 10 years.

The Underground Social Network  AKA Cannund is a new kid on the block, originating in Canada. They state they are all for freedom of speech and will not sell your data. All messages are 100% private not even admin can view what you say in private message from one person to the next person.

However, they do have rules you need to abide by or you will be banned. It is not built on the Blockchain, meaning we still need that element of trust with regards to transparency, but they do have a reward system in Canund's currency and points and is in no way connected to the Canadian Dollar or any other currency. It is strictly an internal token system for Canund's services and resources.  1 point = $0.01.

The company does have an upgrade which gives you the opportunity to boost your posts, advertising, and status. They do have a policy of No usage of bots, scripts, or other pieces of adware. There are no refunds for purchased points and purchases of Pro Packs.

Canund's Commercial and Business Policy is under construction. For now, all registered business must provide proof of registry. At this time this can be a photo of the registration license including the owner's name.

As far as marketing tools, it is very limited. It is strictly a social media platform, with around 1800 users at present, all feeling quite safe at the moment that they have freedom of speech and privacy they so desperately want in which the tech giants like Facebook are not giving them. The platform has a Marketplace where one can buy and sell.

As the company is very new, The Underground Social Network is offering 10% of its shares as an Initial Private Offering IPO to users. 10% of the company is up for sale. They are selling 0.01% of the company per share for $100 each USD. This is pre-sale to raise the funds for continued growth.

Futurenet has been in operation since 2014 and has evolved with blockchain technology and its own coin. They have numerous facets, including cafes situated in Europe. With 3 back offices focusing on each platform, their one claim to fame is the advertising platform which is basically a “revenue sharing” program where one buy adpacks and then commits to viewing advertising sites in order to get paid a percentage of the revenue the business brings in.

Recently, The maximum number of adpacks allowed to users at any given time was reduced from 1000 to 400. This decision was made by corporate for the longevity of the program. In other words, more money was going out than coming in. As one would expect, there are mixed feelings about this change from the Futurenet community.

Another platform is a mining program by which mining packages are bought and gives the opportunity to mine their coin - Futuro Coin. However, this platform has been suspended in the European Union territories, Switzerland and the USA due to its MLM nature.

Then there is the social media platform. Boasting 2 million+ members, I personally do not see much activity on the newsfeed. Having spoken to some veteran members, They seem to be of the opinion the platform “sucks”, however, they have been deriving income from the Advertising Platform or Rev Share and the main reason they are there.

As for advertising on the social media platform, it is suggested to upgrade for a monthly fee which gives you Media Points (MP) to be able to use all the tools available. This includes the use of the blogging platform, video emails, Landing Pages and promoting or boosting posts. There is the ability to earn Media Points by posting on your timeline and completing your profile. There are account parameters on how much you can post as a free member.

Markethive has been in operation for 4 years and has a different focus compared to the other two platforms mentioned above. In fact, while doing my research I am finding there really is no comparison. The only thing that is similar is the social media interface they all display. Markethive is classed as a Market Network or what’s being called as the “next generation social network” with a focus on Inbound Marketing.

Inbound Marketing is also known as Automated Marketing which we may all be more familiar with. It is built on the Blockchain with its own coin, Markethive Coin (MHV) and although still in pre-launch (beta), the system is up and running. Infinity Air Drops have commenced and members are earning coins (micropayments) for all activity on the platform. Free members just refer 3 people to activate the faucet which allows Tipping instead of addictive Likes. The more you tip, the more Markethive pays you, so your wallet is never depleted. Markethive will have its own coin exchange, as well as being listed on some external exchanges. So this coin is not just for internal use or advertising credits. It can be converted on the open market. Being a consumer or utility coin is not speculative.

There is no limit or parameters on posting or blogging. The email broadcasting and autoresponders that can be created for your business also have no limit to the number of subscribers. Just use all the tools to capture leads to your designated autoresponder. All of these marketing tools are free to use and build your business.

This is another site that is on a mission to free the people from the tyranny of what the Tech Giants are doing. Being built on the Blockchain ensures privacy and transparency while creating its own ecosystem with universal income built in. A collaborative community with all the tools one needs to create an online presence under one roof, whether you be a Marketer, Entrepreneur, business owner, writer, blogger, a commercial artist. In fact, anyone that has a voice and a passion they want to showcase without the ever-increasing fear of being banned, targeted by advertising companies or your information sold for profit.

At present, Markethive is offering shares in the company which is limited to 1000. However, it’s not an IPO or an ICO. It’s an ILP, (Initial Loan Procurement) Which means the money the shareholders pay for the shares is actually on loan and under contract. Essentially the money is paid back along with 20% of the profits made by the company over the period of a lifetime. Although a VC could invest, Markethive is offering this opportunity first to its users, stating that this platform is for the people, by the people and gives the power back to the people.

With any disruptive idea, like the Internet was, not every company will benefit or embrace this trend. Where are the music stores, the book stores, the video stores, the clothing stores today? Not on Main Street. They, as well as millions of other markets, are now operating on the Internet.

Banks are clearly in the path of the disruption of the blockchain, the Big Data social network systems, the online auction, and shopping centers are as well. And companies that resist these trends, blockchain as well as combining the social network fabric with tools into their services are soon to become relics and a footnote in history.

Forward-looking companies that convert to the blockchain to improve the privacy and security of their data and create an environment that is unfettered from political and nefarious agendas, will be the winners on top. As people migrate to better solutions for privacy and security, as the news continues to reveal the agendas of Big Data companies like Facebook and Twitter manipulating their system to favor their agenda and to diminish those who contradict them, as new blockchain companies share the profits via their coins, a new environment will grow with these winners as the losers quickly collapse into obscurity.

Just about every company that migrates to the blockchain and new companies launch built upon the blockchain, will prosper, as long as they deliver with the benefit of their customers the prime agenda. 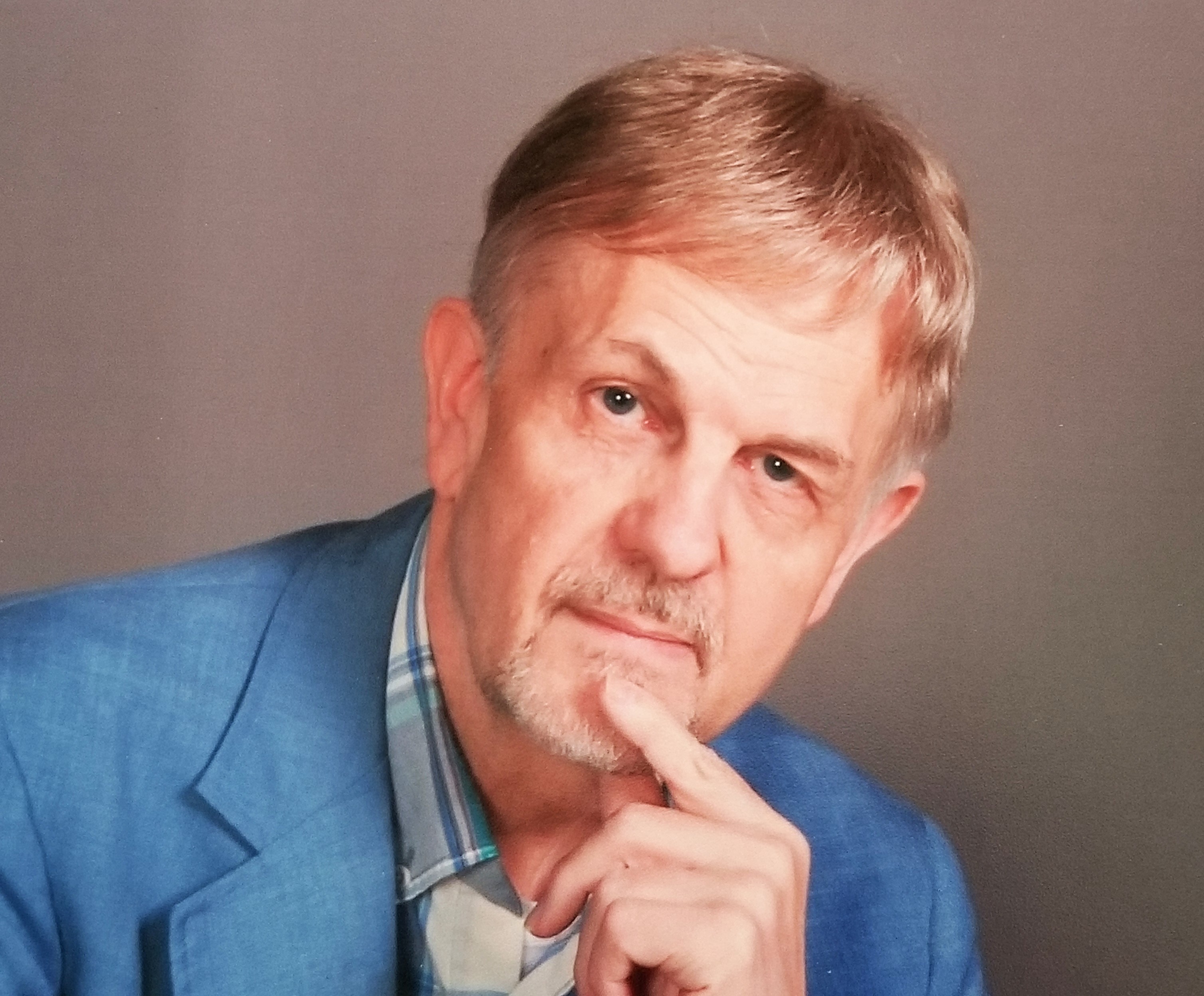