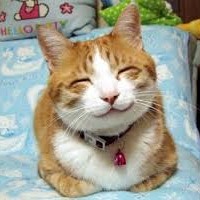 Resveratrol, an antioxidant found in red wine and certain foods,

has been touted as a natural way to slow aging and fight cancer, obesity, heart disease, and diabetes. As promising as it sounds, we don’t really know how resveratrol affects humans, since most studies have been conducted on animals and microbes. So a study out this week that looks at resveratrol’s effect on people from two villages in the Chianti region of Italy—where they know a thing or two about red wine—got my attention.

Scientists at the Johns Hopkins University School of Medicine analyzed information from about 800 men and women ages 65 and older whose diets were naturally rich in resveratrol from food. They measured the amounts of metabolized resveratrol that showed up in the participants’ urine, expecting to see high levels of resveratrol among the healthiest people. But that didn’t happen. In fact, there was no link between resveratrol levels and the rates of heart disease, cancer, and death. The results were published online in JAMA Internal Medicine.

“We were initially surprised by the lack of any apparent protection against heart disease or cancer, and no association with lifespan,” says Dr. Richard Semba, the lead author of the study. “Since limited animal and cell studies suggested that resveratrol might have beneficial effects, I think people were quick to extrapolate to humans. In retrospect, this was really oversimplified. But there are still ongoing trials, so one must keep an open mind about possible benefits.”

You may already consume a fair amount of resveratrol. It’s found in foods such as peanuts, pistachios, grapes, red and white wine, blueberries, cranberries, and even cocoa and dark chocolate. The plants from which these foods come make resveratrol to fight fungal infection, ultraviolet radiation, stress, and injury. An army of researchers is scrambling to see if that protective power can be extended beyond plants. An early resveratrol researcher was Dr. David Sinclair, now a professor of genetics at Harvard Medical School. He and his colleagues discovered in 2003 that resveratrol could increase cell survival and slow aging in yeast (and later in mice) by activating a “longevity” gene known as SIRT1.

Since then, we’ve learned that resveratrol can help

But the dose of resveratrol administered in experiments is always much higher than you’d normally consume in a daily diet. “You would need to drink a hundred to a thousand glasses of red wine to equal the doses that improve health in mice,” says Dr. Sinclair, who was named one of this year’s Time magazine 100 Most Influential People for his anti-aging research. He wasn’t surprised about the results in the JAMA Archives study.

Still, the disappointing results don’t mean that resveratrol and other molecules like it won’t help extend the lifespan or protect against the development of aging-related diseases. Dr. Sinclair points out that drug companies have now created thousands of new synthetic molecules, “that are up to a thousand times better than resveratrol. They prevent cardiovascular disease and neurodegeneration. They also extend lifespan in mice.” The molecules don’t have catchy names yet—with current such as SRT1720 and SRT2104—but they’re showing promising results in mice. Dr. Sinclair is again helping to pioneer much of this research.

What you should do

If we can’t get enough resveratrol from food, should we try to get it from supplements? They’re certainly plentiful in health food stores, and Americans spend more than $30 million on the supplements each year. As you might expect, Dr. Sinclair takes resveratrol in supplement form, and has for the last ten years. He’s not an MD, so he says he can’t recommend it to you and me.

But taking resveratrol supplements comes with some risks, because no one knows

That makes taking a resveratrol supplement a bit of an experiment—sort of like the tests on lab mice. A big difference is that mice have researchers assessing their response to resveratrol, but we don’t. If you take a resveratrol supplement, or plan to, let your doctor know so you both can be alert for any possible harms. If you want to get some resveratrol from red wine, go ahead but keep it moderate: no more than one drink day for women, and no more than two drinks a day for men. (The same advice holds true for other alcoholic beverages.) But if you’re looking for longevity from resveratrol, you won’t find it at the bottom of your wine glass or, at least for now, in a supplement bottle. 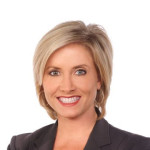 Heidi Godman is the executive editor of the Harvard Health Letter. Before coming to the Health Letter, she was an award-winning television news anchor and medical reporter for 25 years. Heidi was named a journalism fellow of the American Academy of Neurology, and has been honored by the Associated Press, the American Heart Association, the Wellness Community, and other organizations for outstanding medical reporting. Heidi holds a bachelor of science degree in journalism from West Virginia University.

(All these Articles can be read starting with this URL:  https://markethive.com/group/ama/blog/the-role-of-resveratrol-in-achieving-optimal-health-p5 )

The reasoning for this article is to supply you information about this wonderful product and also for me to find at least two or more people for this simply Amazing Opportunity.. You just need to follow the 4 simple steps..  (Join,Train,sigup 2 or more people and then you duplicate. It's that simple..). This business can make you money in the thousands or just be a customer for a very satisfying experience.

View this video as it helps you to understand a very simple Business Plan. Check it out, then
View these videos (4 of them, very short (total less then 5 min)) that explains how simple
this business works and if so inclined, click on my name above, call me or just sign up
either as a Customer or Distributor.