MARKETHIVE - One Company That Is Bucking The Trends

MARKETHIVE - One Company That Is Bucking The Trends

Centralized Social Media platforms, like Facebook, Google, LinkedIn to name a few, have been paramount and prevalent in our lives for nearly 2 decades so many people are unaware of the technology that is available to us now. The upcoming platforms classed as Market Networks are a sovereign way to develop online communities giving the power back to the people. With the onset of Blockchain along with Cryptocurrency, this absolutely levels the playing field. What this means is complete privacy, autonomy, and freedom of speech as well as the ability to earn an income. There are a handful of new Blogging Community Platforms that have already risen using crypto by way of their own tokens as an incentive to use the platforms.

The Social Media platforms we have today are ultimately accountable to their shareholders and staff and as an enormous amount of users utilize these platforms predominantly for free, forthcoming profit will not come from user engagement or user growth. It comes by other means which has been and is detrimental to the community at large. Centralization has also created tension within the communities due to algorithmic partisanship, rules that keep changing, banning and deleting of accounts wiping out all the effort and results entrepreneurs have implemented to establish an online presence.

A New Era Is Here

There are now new systems and platforms being built that have much better outcomes for humankind in every aspect including economic benefits and privacy. Now everyone can enjoy all the benefits of a social media environment along with all the marketing and blogging tools and portals. Below are the vertical platforms we have now, all centralized. One organization, in particular, has incorporated all the different types of social media and eCommerce, all on one interface:

Markethive is recognized as the next phase that has evolved from Social Networks. Having commenced over 20 years ago as an Inbound Marketing platform via Veretekk, it now has the technology that is capable to combine the scalable network effects of Facebook or LinkedIn with the lucrative revenue models of Saas and marketplace hubs like eBay and Amazon. It has vertical platforms like freelancers and coin exchange, also a collaboration niche for commercial artists, writers, voice & video services. It is 20 years of proven technology, merging with the blockchain. It's built on a higher generation blockchain to make it possible to handle large social groups.

"Markethive was built on the foundation of 20 years of proprietary technology and has been running live with 1000s of subscribers in beta for nearly 4 years. Markethive's mission is to create a universal income for entrepreneurs, using our multiple platforms built for the entrepreneurial markets. Markethive has a working product, starting out 20 years ago as Veretekk, then segwayed into what is now Markethive which is launching on the blockchain.”

To find out more I spoke to some of the members who are in long-standing:

"Markethive is no flash in the pan marketing system, it was born out of Veretekk, developed by Tom Prendergast, who is a master in marketing. I joined Veretekk around 2000, The system produced endless quality leads and an email system to communicate with them. The system was free and could be used to build any business. The rise of the Blockchain offers more security with a distributed network.”

“I first became acquainted with Thomas Prendergast back in 1988. There was always open communication and direction on what was in the development stages and what to expect. Mr. Prendergast had a divine vision to produce a system that would be entirely free for members to use the marketing tools. Veretekk slowly evolved into a company named Markethive which was designed to be a Free to members platform. Then along came the Blockchain and Bitcoin, and that gave a reason for Markethive to be the 'go-to' Market Network for entrepreneurs. Members will have free access to the tools plus as they use the system they can be paid using a new term called Universal Income.”

What is underpinning Markethive to ensure it’s viability?

Markethive's innovation is producing Mining Hives that create massive surplus electricity built on total 100% green energy. Along with Hemp/Medicinal Cannabis cultivation, it's sure to be a winner in the blockchain space and crypto industry. With its own coin exchange, ease of liquidity and underpinned by a plethora of Inbound Marketing products for its End Users, it's a complete Ecosystem for Entrepreneurs, Bloggers, and Commercial Artists. This is a platform to keep an eye on as it comes up through the ranks. This is going to disrupt Social Media and all forms of marketing as we know it.

“We produce the coin to give as an incentive to sign up in Markethive as PayPal did. We are not using the coin to raise money. It's not speculative but has the ability and potential to become very valuable due to many products and services that are in high demand. So pump and dumps won't affect the company or its revenue. It’s not dependent upon speculation of their coin. We are dependent upon delivering services and products people want whether the coin is up or down, which in turn will increase the value of the coin despite the markets.”

The era representing the rise of the entrepreneur has arrived, while other organizations, inbound marketing providers, blockchain implementers, and cryptocurrencies are still frozen in time. With Blockchain, cryptocurrency, inbound marketing, and decentralized database technologies, Markethive has constructed a social market network that provides a “Universal Income”. Markethive’s culture is one of innovation and the ECO-SYSTEM is part of the New Revolution. It is 27 years of proven technology, merging with the blockchain. This will result in a flotilla of money machines driving the basic platforms while creating an eco-center for entrepreneurs, where they can create and maintain a livable income while turning their ideas and concepts into reality.

“I have been with Thomas Prendergast since Veretekk. I enjoyed being a Trainer at that time and using Veretekk to gather Leads. Thomas has always been ahead of the times in regards to marketing. The free marketing tools that he has developed over time have been amazing.”

Richard went on to say:

“Technology has finally caught up with Thomas's Grand Vision. We are now able to correct some problems that all social networks have. We are moving the Network to a Blockchain to showcase our Privacy Policy, decentralize the platform to make it harder to hack, adding 4 levels of Security and creating a Wallet that will only allow you to have control of your network. The best part is that Thomas is a good friend and he will drop everything to help someone out. Thank You for being my friend and for Markethive, the best social/market out there.”

It’s just a matter of time until nearly all independent professionals and their clients will conduct business through the development of tight-knit collaborative Market Networks within specific industries.

Starting NOW, there will be many more forward-thinking entrepreneurs stepping forward, with their sights set upon creating increasingly innovative, highly synchronized business models and solutions to doing business in the 21st century and beyond. Those who will be most successful will not only keep up with the speed at which technology continues to change, but they will align themselves ahead of the curve at all times.

Markethive is the next generation Social Market Network on Blockchain bringing privacy, autonomy, and free speech to the people. Integrated into the system is an entire Inbound Marketing Suite, Ad Agency. eCommerce portals, Digital Media, Exchange, and e-wallet forging a sustainable ecosystem for entrepreneurs of every caliber.

richardgarcia MarketHive will make it clear the incredible magnitude of what we have here. It will stabilize this technology and may end the pump and dump scenario of bitcoin.
July 20, 2019 at 1:58pm
Tip0.1
·
Dislike
·

lou2you My opinion of Markethive since making a decision to take part in this new era of social market network advanced system are very favorable. They are building this company for the people, and by the peoples involvement, and actions daily. The technology of the blockchain will help take Markethive above other top companies on the internet as it provides privacy, and security which is huge in the space today.
July 21, 2019 at 6:23am
Edited 7/21 at 9:11am
Tip
·
Dislike
· 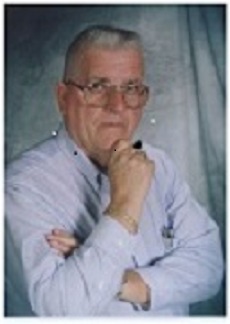 jgray MarketHive is an amazing set of Internet Social Marketing Tools that will greatly improve any internet marketer's exposure if used properly. Just watch the Tutorials and attend the live weekly meetings and you are on you way.
July 21, 2019 at 8:57am
Tip
·
Dislike
·

melodychristie Everyone can benefit from Markethive. You need Markethive in addition to your own website. Markethive makes a way for you business and websites to get noticed even if the site is brand new. and all without spending the thousands of dollars on advertising and promotions.
August 5, 2019 at 5:58pm
Tip
·
Dislike
· angymwacharo As a social marketing platform it depends on the usage, for many people end up with no investimements out of what they made they spent to get more but all in vain, thus not all online platforms performance are great thus check also with the maintained durations as an online platform.
February 10, 2020 at 1:35am
Tip
·
Dislike
·

simonk Thanks for your refreshing post Deb - Markethive really is at the forefront of the 'New Era' where a thriving social network merges with inbound marketing on a fully decentralised blockchain - a cost-saving yet powerful platform to leverage your online business on.
March 6, 2020 at 6:27am
Tip
·
Dislike
·